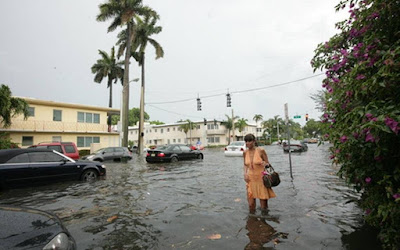 Rep. Carlos Curbelo, the Florida Republican and chairman of the bipartisan House Climate Solutions Caucus has seen firsthand the dangers of climate change - the ankle-deep sea water that floods his district in Miami during certain high tides.

His efforts to sound the alarm and bring Republicans and Democrats together to address the risk of climate change are bearing fruit. Since the start of this Congress, membership in the Climate Solutions Caucus has more than tripled and now stands at 52, with equal numbers from both sides of the aisle. Following an August recess when many constituents asked their members of Congress to join the caucus, that number is expected to grow. 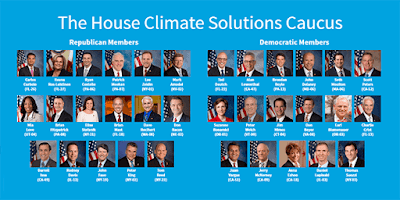 With the caucus approaching the critical mass necessary to move solutions forward, its focus is gradually shifting from recruitment to action:

In February, caucus members Tom Reed (R-N.Y.) and Mike Thompson (D-Calif.) introduced the Technologies for Energy Security Act (H.R. 1090) to extend tax credits for, among other things, small-scale wind power and geothermal energy. Among the 96 cosponsors of this legislation are half the members of the Climate Solutions Caucus.

In May, caucus members John Delaney (D-Md.) and John Faso (R-N.Y.) introduced the Climate Solutions Commission Act (H.R. 2326), which would establish a bipartisan panel to review “economically viable actions or policies to reduce greenhouse gas emissions” and make recommendations to the president, Congress and states.

On July 13, caucus Republicans overwhelmingly voted against an anti-climate amendment to the Defense authorization bill, marking the first time that the caucus voted as a bloc to defeat such a measure.

Taken from MARK REYNOLDS' article in The Hill, "The Jon Snow of climate change is emerging in Congress"
Posted by Jana Segal at 8:47 AM