My response to Rep. McSally's letter about the Importance of Arizona's National Monuments. 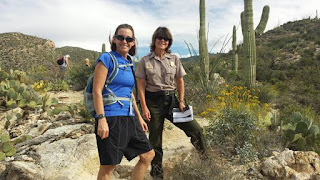 Today I got this letter in response to a petition I signed....

Thank you for contacting our office about the future of Arizona’s national monuments. Because of your interest in this issue, I’m sending you the news release below. It was issued earlier today.

“Arizona has more National Monuments than any other state. In addition to the pristine and unique geological formations, extensive forests and diverse wildlife found at these Monuments, these National Park units attract thousands of visitors annually providing economic activity and jobs in our state,” wrote Congresswoman McSally in the letter. “As you consider the remaining Arizona Monuments under review, I request that you place the highest level of care on state and local stakeholders’ input and the public comments you received before making your recommendations.”

On April 26, 2017 the President issued an Executive Order directing Secretary Zinke to conduct a thorough review of certain National Monuments designated under the Antiquities Act and make recommendations about their designations. The Executive Order required the Secretary to particularly focus on lands that were created after January 1, 1996 that are larger than 100,000 acres.

The Secretary began reviewing National lands in April 2017. On August 4, 2017 he issued his first recommendation on an Arizona National Park. Of the 27 National Monuments currently under his review, Ironwood Forest, Vermilion Cliffs, and the Sonoran Desert in Arizona have not yet received a recommendation from Secretary Zinke.

To view a PDF of the letter, click HERE.

In response to the President’s April 26, 2017 Executive Order directing you to review National Monument designations, I request that you carefully consider the impact of your recommendations on Arizona.
Arizona has more National Monuments than any other state, and the President’s Executive Order which directs you to recommend rescissions, reductions, or alterations to National Monuments over 100,000 acres created since 1996, will have a particularly profound impact in Arizona and on my constituents. As you are aware, four National Monuments in Arizona—Ironwood Forest, Vermilion Cliffs, Grand Canyon-Parashant, and Sonoran Desert—were included in your initial review. In addition to the pristine and unique geological formations, extensive forests and diverse wildlife found at these Monuments, these National Park units attract thousands of visitors annually providing economic activity and jobs in our state.

You have recently made recommendations concerning several of the 27 National Monuments under review, including the Grand Canyon-Parashant National Monument in Arizona, and I appreciate your thoughtfulness. As you consider the remaining Arizona Monuments under review, I request that you place the highest level of care on state and local stakeholders’ input and the public comments you received before making your recommendations. 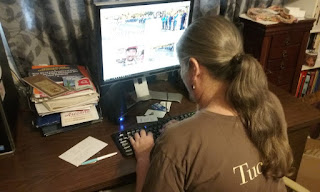 Here is my personal response:

Thank you for forwarding me this letter. Please, thank Representative McSally for writing it.

I hope this means that she is reconsidering her position about cutting back regulations like the Clean Water Act that protect our streams and national parks.

While a new mine may create 260 jobs, ecotourism provides over 3000 jobs in Pima County alone. 43 million people visited Arizona in 2016 who collectively spent $21.2 billion in the state. The money spent by visitors supports jobs and generates tax revenue. The $3.09 billion in 2016 tax revenue equals an annual tax savings of $1,186 for every Arizona household and supported 184,200 industry jobs. Who wants to view the Grand Canyon through a grey haze.

Drive down the back roads of Arizona and you will see one ugly boarded up ghost town after another and huge pits. While the jobs are temporary, the damage to the land and water last much longer.

In addition to polluting our air and water, extracting coal uses up water. We just can't afford to use up all that water. As more and more states experience droughts, there will be even more competition for our already depleted water supply.

It's time that we transition out of dirty coal and towards more sustainable clean energy. Solar energy creates more high paying jobs than all of the fossil fuel industries combined. Protecting our public lands and waterways is vital for the future of Arizona and our economy.