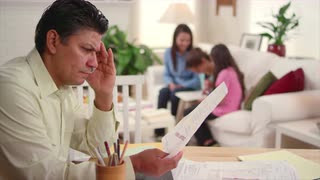 Trump’s Department of Labor has just taken the first step toward stripping overtime pay from millions of Americans.1
Tens of thousands of people fought for and won new, modernized overtime rules from the Obama administration. These rules will benefit 12.5 million Americans who will now be eligible for overtime or see an increase in their take-home pay – and could be one of the most impactful achievements of the Obama administration.2
But Donald Trump’s Secretary of Labor Alexander Acosta says paying people for their labor would “create a stress on the system.”3 The Trump administration has issued a “request for information” in an attempt to solicit business excuses to strip overtime from workers. We need to expose Trump’s phony populism and fight to save overtime by submitting as many comments as possible.
Submit a public comment: Stop Trump from slashing overtime pay. Click here to submit your comment.
In 1975, 65 percent of salaried employees received overtime pay if they worked over 40 hours a week. Until the recent reforms, that number was less than 11 percent.4 Since 2004, salaried employees were only eligible for time-and-a-half overtime pay if they made less than $23,660, below the poverty level for a family of four. Under the new rules, the threshold is $47,476.5
The new rules also crack down on businesses that use massive loopholes to pay far less than the minimum wage. Today, some fast food companies pay employees the equivalent of a 40-hour-week at minimum wage – but force them to work 60 or more hours per week, spending 95 percent of their time at the cash register or sweeping floors, all while labeling them “managers” to deny time-and-a-half pay.6
It all adds up to a raise for nearly 12.5 million workers and an economic boost for all of us from putting more money in the pockets of everyday Americans. Donald Trump and his Republican partners in Congress are determined to make America a low-pay nation, and attacking overtime is part of the plan. We need to flood the Department of Labor with comments in support of the strong Obama-era overtime rules.
Submit a public comment: Stop Trump from slashing overtime pay. Click here to submit your comment.
- CREDO Action from Working Assets