Petition: against bill that absolves civil & criminal liability for drivers who hit protesters 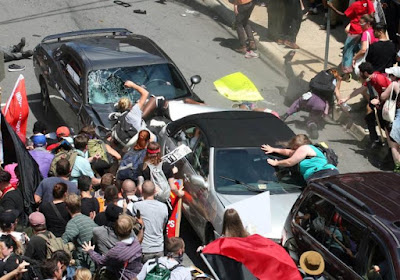 Activist Heather Heyer was killed in Charlottesville, after a white supremacist ran his car through a crowd of peaceful counter-protesters.

Republican politicians have been working to make this legal for months.

A bill passed the North Carolina State House that would have absolved civil & criminal liability for drivers who hit protesters, but Heyer's tragic death has (temporarily) stalled the bill.

In response to anti-Trump and anti-racist protests, lawmakers in eighteen states have been passing laws that would not only make it harder for peaceful protesters to exercise their First Amendment rights. White supremacists can violently attack these protesters with impunity. 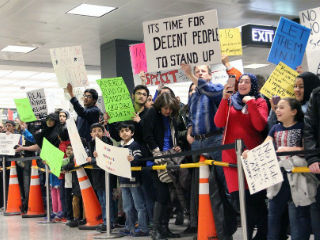 Sign the petition to all state legislatures: Protect anti-racist protesters from violent attacks. No to any laws that shield white supremacists from harming them.

Our Message to All state legislatures :

All protesters have a First Amendment right to demonstrate peacefully. Those who commit acts of violence—such as the man who killed Heather Heyer—must not be shielded from civil or criminal liability by such atrocious laws being proposed.