Time to legalize marijuana in the U.S. Support the Marijuana Justice Act of 2017 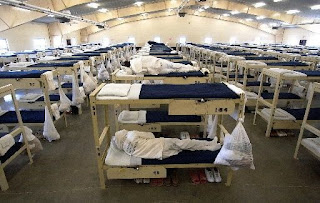 For decades, the failed War on Drugs has locked up millions of nonviolent drug offenders, especially for marijuana-related offenses. This has wasted human potential, torn apart families and communities, and squandered massive sums of taxpayer dollars.

It’s time the federal government follow the lead of many of our states and our nation’s capital, and begin to take meaningful steps to reverse mass incarceration and address the gross injustices of the failed War on Drugs. It’s time to legalize marijuana in the United States of America.

That’s why I’ve introduced the Marijuana Justice Act of 2017, a bill that if passed will legalize marijuana at the federal level, and incentivize states to legalize it at the state level. The bill would also retroactively apply to those serving time in federal prison for marijuana-related offenses, providing for a judge’s review of their marijuana sentence.

Our federal marijuana laws have not made our country safer—in fact, by enforcing our existing marijuana laws on predominantly low-level, nonviolent offenders, police are forced to take away precious resources from fighting violent crime in our communities.

Marijuana-related offenses are also not enforced equally across race and class. It’s a disturbing fact that while blacks and whites use marijuana at similar rates, African Americans are almost 4 times more likely to be arrested for possession of marijuana.

The War on Drugs has failed all Americans, and has had a disproportionately devastating impact on Americans of color and the poor. Legalizing marijuana across our country is the right thing to do for public safety, and will reduce our overflowing prison population.

If you agree that our marijuana laws have been ineffective and that we can make our criminal justice system more just by legalizing marijuana, please join me in supporting the Marijuana Justice Act of 2017.