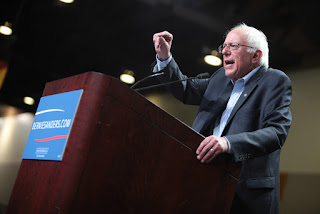 During the presidential campaign, Bernie spoke a lot about the need to revitalize American politics and create a political revolution. He talked about the need to bring people together - black, white, Latino, Asian American and Native American - to fight for a government which represents all of us, and not just the 1 percent.

Bernie also made it clear that the Democratic Party needed a 50-state strategy, and that we could not rest easy when some of the poorest states in the country were led by Republican right wing extremists who represented the wealthy and the powerful.

That is why Bernie is hitting the road again, this time with DNC Chair Tom Perez, Keith Ellison and other leaders. The purpose of this nine-state tour across the country is to visit some of our more conservative states and help build strong, grassroots movements in those regions. He will also discuss how the president has turned his back on the working class people who voted for him.

One of the states that Bernie will be visiting is Arizona.

Please get the word out to your friends. Let's have a HUGE turnout.