Tell your representatives to pass a "clean" spending bill with no anti-environment riders or budget cuts! 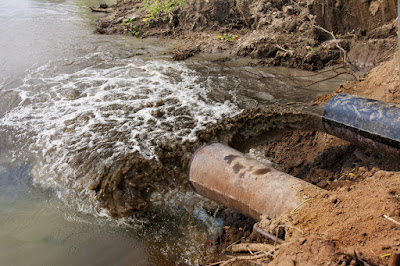 Some things should transcend partisan divides in Congress. Things like keeping our kids safe from toxic pollution. Climate change. Clean air. Safe drinking water. But the Big Polluters and their allies in Congress see an opportunity to sneak anti-environment measures into a federal spending bill that must pass soon to keep the government from shutting down.

Your elected officials are weighing their options on this spending bill right now, and they need to hear from you.

Corporate polluters and their allies in Congress know that anti-environment attacks, corporate giveaways and rollbacks of public health safeguards would never survive normal up-and-down votes in the House or Senate. Their solution? Attach them to this must-pass budget bill, and hope no one puts up a fight.

This isn't a new tactic — but with Donald Trump in the White House, it's more urgent than ever that we pay attention and speak up. Because he's ready to sign a spending bill full of riders that would trample our right to a clean environment and a healthy future.

*Threaten the air we breathe and the water we drink by rolling back critical clean air and water protections.

*Gut safeguards that keep Big Polluters in check by slashing funding to the EPA and other agencies to enforce environmental rules.

*Wave a white flag in the fight against climate change by abandoning the Clean Power Plan and other efforts to ensure a safe and sustainable future.

*Sacrifice imperiled wildlife like wolves, grizzlies and whales by pulling back on protections guaranteed by the Endangered Species Act.

The NRDC Action Fund is working to stop anti-environment riders like these from infecting this must-pass spending bill. Our lobbyists are on Capitol Hill making sure key senators and representatives are ready to stand up against these rollbacks. We're alerting local and national media outlets to these federal budget schemes. And we're ratcheting up public pressure by mobilizing constituents like you to call their lawmakers.

So tell your senators and representative to oppose any spending bill with measures that hurt the environment and public health!

Make no mistake, this isn't just about the federal budget. It's about protecting our right to a clean and healthy environment, and our children's future from those who would sell them off to the highest bidder.