Some Republicans Think They May Have A Health Care Deal. Call your Rep today! 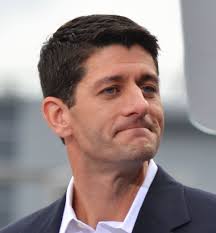 "If at first you don’t succeed, make things worse, then try, try again. That seems to be Republican leaders’ motto when it comes to repealing the Affordable Care Act. Amid a bruising recess, during which many congressmen faced heat at town halls for their support of Trumpcare, majority leaders have continued working on their plan to strip health coverage from millions of people. And now, some Republicans think they may have reached a deal.

"The new deal, which majority leaders hope will be able to unite the far-right Freedom Caucus and moderate House Republicans, is even worse than the previous version of the bill.

"The newest bill, which is expected to be introduced before Trump’s 100th day in office, allows states to seek waivers to get rid of protections for people with pre-existing conditions and to get rid of Essential Health Benefits like maternity care, prescription drugs, and hospital visits. Allowing states to strip these protections would cause premiums to skyrocket for people with pre-existing conditions, according to a new CAP analysis.

"... The reality, however, is that insurers would be able to effectively deny coverage by pricing sick people out of the market."

Read whole article:
Some Republicans Think They May Have A Health Care Deal

Call your Representative and tell them to vote no on this hasty, damaging health care deal.

Find out who your Representative is: