Urge your Senators to vote NO on the Methane CRA, and to stop any further rollbacks on our environmental and public health protections. 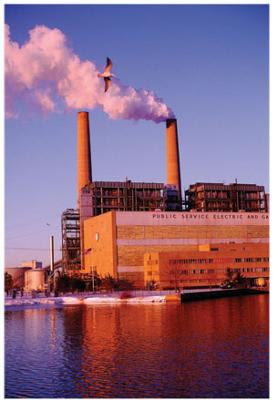 The resistance is working. Trump and Congress are trying to give drilling companies a never-ending pass to leak gas pollution on our public lands. But in response, tens of thousands of people have been calling, writing, and meeting with their representatives to stop this senseless rollback. We've delayed this action several times already, but now the Senate is running out of time to vote on it -- we have to make one final push now!

Tell your Senators, John McCain and Jeff Flake, to side with clean air and public health, not corporate polluters. Call now: 1-888-454-0483. Even if you have called before, it always helps to remind them that you are still watching!

Under the Obama administration, the Bureau of Land Management (BLM) finalized protections last year that would require companies extracting oil and gas from public lands to reduce their methane emissions. These standards are not only a big win for public health and the climate, but also for job creation.

When companies extract oil and gas from public lands, they are currently allowed to vent, flare or leak unlimited amount of methane pollution into our air -- but this commonsense rule would require them to limit these emissions. And limiting those emissions can create jobs for the people hired to manufacture and install the pollution-limiting technologies, helping to boost US manufacturing and create jobs. Forcing companies to clean up their act makes sense for our economy and for our environment.

But now, Senate Republicans are trying to use a dangerous and powerful tool to roll back these important protections to satisfy their fossil fuel backers. The Congressional Review Act (CRA) allows Congress to override recently issued rules, going back months under President Obama. The CRA would not only block the current standards, but would also prevent any similar standards to ever be issued -- letting polluters off the hook indefinitely.

The House of Representatives already voted to overturn these safeguards. It was expected that the Senate would quickly do the same, but public backlash has already forced several delays. Right now, the oil and gas lobby is trying to jam this through before their window expires.

We must speak out now to demand our Senators reject this reckless proposal. Urge Senators McCain and Flake to vote NO on the Methane CRA, and to stop any further rollbacks on our environmental and public health protections. Call now: 1-888-454-0483.

Congress should work for the people, not corporate polluters. It's up to us to remind them of that every day. Keep the pressure on.

Thank you for making your voice heard,

and tell Senators McCain & Flake to stand up for clean air & public health!

I'm calling to ask Senator McCain / Flake to commit to voting NO on the CRA of the Bureau of Land Management's Methane Rule.

The CRA is a blunt instrument and using it to undo the BLM Methane Rule could have lasting, dangerous consequences for our public health and public lands.

I hope the Senator will protect taxpayer resources and clean air by opposing this reckless vote. Thank you.
Posted by Jana Segal at 2:04 PM