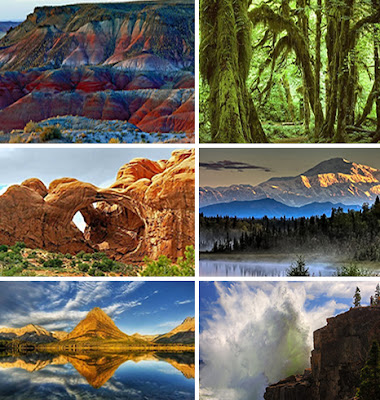 President Trump's frenzy of executive orders continues. This time, he's trying to hand over the keys to some of America's most treasured national monuments... to industrial interests, including his fossil fuel and mining allies.

He just directed Interior Secretary Ryan Zinke to begin another sham review process aimed at shrinking — or even eliminating — many national monuments designated over the last two decades by Presidents Obama, Bush and Clinton.

NRDC fought for years, with extensive public support and involvement, to win strong protection for these national treasures. We are not about to let them be sacrificed to industrial greed. And we're going to need your immediate activism to stop this land grab.

Call 1-202-601-3839 and tell Secretary Zinke that any attempts to revoke or shrink our national monuments is an assault on our historical, cultural, and natural heritage.

But commercial interests like mining and fossil fuel companies, and the ranching and commercial fishing industries, are chomping at the bit to roll back existing national monuments and gut the Antiquities Act. With this executive order, President Trump seems intent on doing their bidding.

National monuments protect our environmental and cultural heritage, and they're also good for our economy. Outdoor recreation generates billions of dollars and millions of jobs every year. In 2016, National Parks saw a record 331 million visits, contributing almost $35 billion to the U.S. economy.

Speak out now and show Trump and Zinke that millions of Americans are watching — and outraged — by these attempts to trade in America's national monuments for corporate gain.

Make no mistake: NRDC will not surrender special places like Bears Ears, Grand Staircase-Escalante and the Northeast Canyons and Seamounts without an all-out fight in the federal courts.

But first, we need to bring massive pressure to bear on Trump and his Interior Secretary.

NRDC is prepared to fight the Trump administration's attacks on our public lands — in and out of court — for as long as it takes to win.

I am outraged that President Trump is considering rolling back the Antiquities Act and stripping protections from some of our recently established national monuments, including Bears Ears, Grand Staircase-Escalante and the Northeast Canyons and Seamounts. I ask that you fulfill the mission of your agency by protecting America's public lands and maintaining the integrity of these  monuments and of the Antiquities Act itself.

Stand strong against President Trump's attempt to rollback national monument protections, which would serve corporate interests, not the American people.