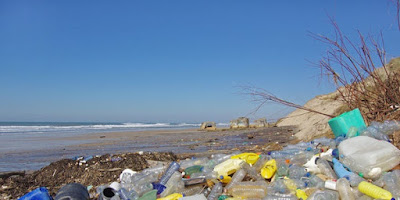 According to Greenpeace, by 2050 there will be more plastic per lb in our oceans than fish! That jaw-dropping statistic is due in large part to plastic soda bottles produced en masse for companies like Coca Cola. As the world's largest beverage producer and one of the world's largest purchasers of plastic bottles it is up to them to set a new standard and lead the industry to find a solution to the plastic pollution that is clogging our oceans.

Coca Cola needs to be the industry standard and commit to using more recycled plastic in their to bottle their drinks. This would keep more of the material out of landfills and our oceans and incentivize plastic recycling industry.

Let's ask Coca Cola to be the lead the way and publicly pledge to set global benchmarks to reduce its use of un-recycled plastic.
Our oceans are already clogged with plastic, putting the health of ocean life at risk. Whales, dolphins, schools of fish, corals and the rest of the ocean's vast biodiversity are being choked out by plastic pollution. And in large part it's because of plastic bottles produced en masse for companies like Coca-Cola.

If we don't act now, then by 2050, there will be more plastic per pound in our oceans than fish.

There is no excuse for Coca-Cola to dismiss their responsibility in cleaning up plastic pollution. As the largest beverage company in the world, Coca-Cola should be setting the trend to curb the amount of plastic that ends up in oceans. We need to let the company know that they can't go on with business as usual.

Please sign the petition to Coca-Cola's CEO and their Senior Director of Environment and Sustainability. They must commit to using more recycled plastic to produce their bottled drinks.

Email ThisBlogThis!Share to TwitterShare to FacebookShare to Pinterest
Labels: petition Coca Cola to use recycled plastic, plastic, protect our oceans