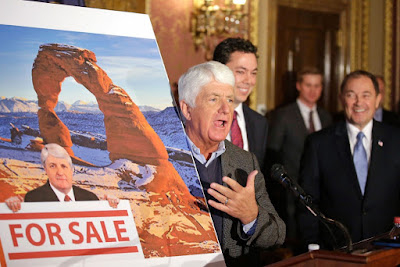 Anti-conservationists in Congress are at it again.
Not content with President Trump’s slashing of national monuments, or the opening the Arctic National Wildlife Refuge to oil drilling, they now want to gut protections for wild places all across our country. It seems like they won’t be happy until they’ve exploited every last acre of public wild lands for private gain.
Now they are proposing more legislation to desecrate our wilderness. Here are 5 of the worst bills working their way through Congress:
More information: