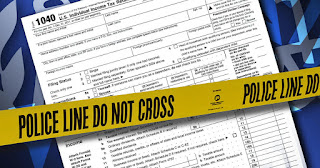 Last December, the Trump administration's corporate backers got exactly what they dreamed of: a massive tax cut, to the tune of $1.9 trillion.

Trump sold this tax break by promising that employers would give workers a raise. Instead, the vast majority of the money went to padding the profits of massive corporations.

And now some politicians are looking to do a second round of tax giveaways to corporations and the wealthy. It could cost us as much as another $1 trillion that would go right into the pockets of CEOs and Wall Street bigwigs.

Congressional Republicans are now demanding that the huge deficits caused by Tax Scam 1.0 be paid for by cutting critical services for working families including Social Security, Medicare, Medicaid, education and more.

And recently, Republicans on the powerful House Budget Committee approved a budget that could slash nutritional assistance, public education, college aid, housing programs, and more. It may soon be voted on by the full House of Representatives.

This is corporate-backed politicians taking money away from critical services people rely on to survive -- only to give a massive tax cut to corporations and the über-wealthy.

Stand with tens of thousands of people who have already signed the petition demanding Congress reject #TaxScam2 -- another handout to the rich and powerful.
Posted by Jana Segal at 3:03 PM