Finally! Some good news from the EPA! ----- A Win Against Dirty Trucks 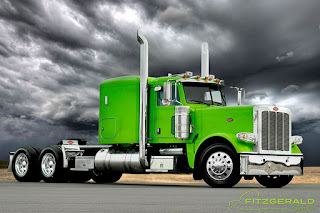 We did it! More than 14,000 UCS supporters weighed in with acting EPA Administrator Wheeler and told him to do the right thing on dirty trucks...and it worked!

This is an important victory for science-based decision making–and science champions like you played a critical role.

With new shiny shells but old dirty engines, these dirty trucks (or glider vehicles) only make up five percent of the freight fleet, but they emit a third of the pollution for ALL long-haul trucks. And the toxic pollution emitted from these vehicles could cause at least 1,600 premature deaths every year and is hundreds of times more pollution than from new trucks. It’s safe to say that this is a win for public health—especially for folks who live in proximity to trucking corridors.

We may have won this battle, but we aren’t completely out of the woods just yet. The rule to limit the pollution from these vehicles is still under threat, but acting Administrator Wheeler has the power to do the right thing. We’ll be looking to science champions like you to help us push him to, once and for all, kill these dirty trucks. But for now, let’s savor this victory and celebrate!

Thank you for all your support. We won this together.

- Anisha Mehta, Union of Concerned Scientists
Posted by Jana Segal at 10:22 AM