Urge Pres.Trump and Secr. Zinke to stop attacks on our beloved national monuments 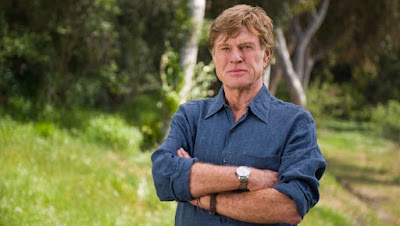 Along with his Interior Secretary, Ryan Zinke, President Trump is dismantling two of our country's most spectacular national monuments — Bears Ears and Grand Staircase-Escalante — so the land can be opened up to drilling, mining, and other exploitation.

Make no mistake: an attack on any national monument is an attack on all of them. We must speak up in defense of these priceless treasures before it's too late.

That's why I've recorded this new short video. Please, watch my video now — then join me in calling on President Trump and Secretary Zinke to stop their dangerous, destructive attacks on our beloved national monuments.

The threat this administration poses to our national monuments extends far beyond those found in Utah — Secretary Zinke has also recommended that President Trump downsize two monuments in Oregon and Nevada, and throw open six more to industrialization, including our nation's first marine monument off the coast of New England.

These are natural treasures that have been handed down to us from generation to generation. And it's on us — all of us — to ensure they are protected for future generations to enjoy.

Thank you for joining me in standing up for our natural heritage, our national monuments, and our shared environmental future.


Click here to send the following message to President Trump and Secretary Zinke:
(Consider personalizing your message for even more impact.)

Your message will be sent to:

I am outraged that you are working to dismantle some of our priceless national monuments. I call on you to rescind these attacks immediately and honor the legacy of Teddy Roosevelt by protecting our monuments from industrial exploitation.

Your proclamations stripping protections from Bears Ears and Grand Staircase-Escalante national monuments are simply unlawful. Presidents have the authority to create national monuments under the Antiquities Act, but only Congress can revoke or shrink them.
The proposal to downsize and allow logging, mining, drilling, and commercial fishing in six other national monuments, including Gold Butte and Cascade Siskiyou, is reckless and shortsighted. These sites have irreplaceable historic and cultural value, and once they are lost to industrial ruin, there is no bringing them back.
Our national monuments are a cherished part of our natural heritage as Americans -- and it's our responsibility to protect them for future generations, not open them up to be plundered for coal, oil, gas, and uranium profits. Please reverse your decision to roll back national monument protections and instead fulfill your duty as public officials to protect our treasured national monuments and public lands.