Submit a Comment to Protect Cubs in their Dens 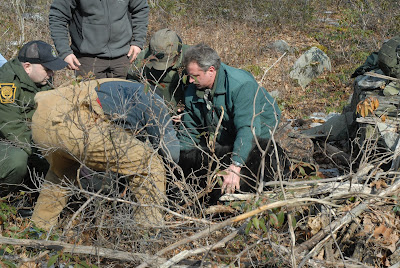 If a rule proposed by the National Park Service is finalized, wildlife on federal lands in Alaska will be in danger. The new rule would roll back an 2015 regulation that prohibits horrific hunting methods like shooting wolf and coyote pups and mothers at their dens or using bait to attract brown and black bears in order to shoot them on National Preserves in Alaska.

You have a chance to voice your opposition to this dangerous proposal. Please leave a comment urging the agency to leave the prohibition in place.

Here is a sample comment you can use. (Consider using your own words for more impact.)

"I am opposed to the National Park Service’s plan to repeal the 2015 rule, which prohibited killing hibernating bears and their cubs using artificial light, shooting wolf and coyote pups and mothers at their dens, using bait to attract brown and black bears to shoot them point blank, shooting vulnerable swimming caribou and using dogs to hunt black bears. This repeal is inconsistent with the agency's statutory conservation mandate. Americans do not support these hunting methods. Tourists from around the world travel to Alaska to see these wild animals, providing billions of essential dollars to local economies. Please keep these prohibitions in place."