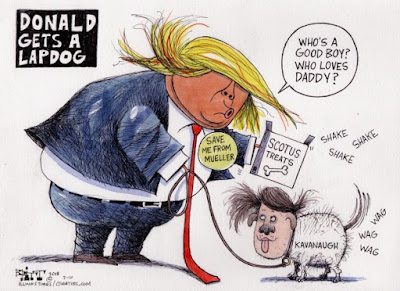 Tell the Senate: "Release and review all documents, emails and paperwork associated with Brett Kavanaugh before proceeding with his Supreme Court confirmation process."

Mitch McConnell wants to fast-track Brett Kavanaugh's nomination before October. That is an outrageous timeline. If McConnell gets his way, there will be no time to review the more than 1 million pages of documents from Kavanaugh's career, including important records from his time as White House staff secretary under George W. Bush. It is common practice to release these kinds of documents. The Senate reviewed all of Justice Elena Kagan's documents from her time in Bill Clinton's White House before confirming her. But Republicans are so committed to steamrolling this process and handing Trump the Supreme Court that they are opposing the release of Kavanaugh's records.1

Republicans don't want to release the records, so they are trying to downplay Kavanaugh's five and a half years as staff secretary in the George W. Bush White House. In that key role, he gave final approval to Bush's controversial "signing statements" that Bush used to circumvent laws passed by Congress, including laws about torture and national security.2 There is even a question of whether Kavanaugh lied under oath about his involvement in deciding Bush's torture policy during his confirmation hearing for the U.S. Court of Appeals for the District of Columbia Circuit in 2006.3 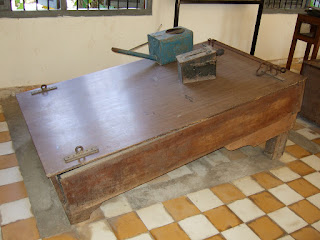 Kavanaugh has the longest paper trail of any nominee in history. It's one of the reasons Senate Majority Leader Mitch McConnell tried to discourage Trump from nominating Kavanaugh.4 It will take significant time to thoroughly review Kavanaugh's papers, and more controversy about his record is likely to emerge.

Earlier this month, two Republicans joined Democrats to block Circuit court nominee Ryan Bounds over his racist writings from college.5 If a judicial nominee's college writing matters, then Kavanaugh's career writing and his time as a key adviser to Bush absolutely must be examined before he is given a lifetime appointment to the highest court in the land. We have to pile on pressure to make sure that every member of the Senate – starting with the Senate Judiciary Committee – reviews all of Kavanaugh’s documents, emails and paperwork before the confirmation process continues.

Tell the Senate: Don't fast-track hearings on Brett Kavanaugh. Release and review his records before holding confirmation hearings. Click the link below to sign the petition.