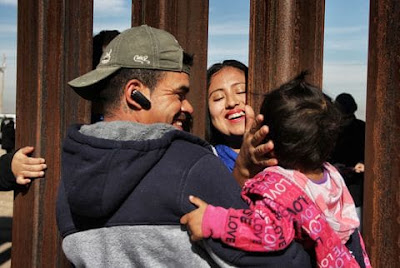 Donald Trump's cruel administration has reached a new low. Immigration enforcement agents have been ripping children away from their parents at the border and locking them up in literal cages.1 Now, reports of rampant child abuse in detention facilities are rising and one immigrant parent even committed suicide. 2,3 We need to put a stop to this barbaric practice now.


Sen. Tina Smith and Rep. Lucille Roybal-Allard have introduced legislation that would protect the rights of children and families in detention. Add your name now to demand that Congress advance this bill.

Progressive champion Rep. Pramila Jayapal just met with more than 100 immigrant women from countries like Cuba, El Salvador, Honduras, Guatemala and Eritrea who were recently apprehended by immigration agents at the U.S./Mexico border. More than half of the women she met had their children – as young as 12 months – ripped from their arms by federal agents.4 Rep. Jayapal reported:

"Some of them heard their children screaming for them in the next room. Not a single one of them had been allowed to say goodbye or explain to them what was happening.”5

Sen. Jeff Merkley, another progressive champion, visited a border processing facility in Texas where he saw children locked up in cages.6 These conditions are inhumane and completely unacceptable but the racist bigots in the White House and Department of Justice disagree. 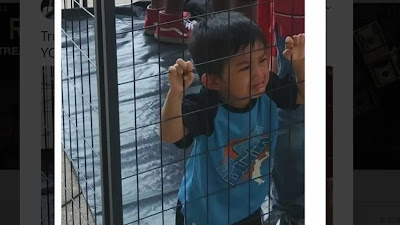 Attorney General Jeff Sessions has not only publicly defended the Trump regime's cruel family separation policy, but also supercharged this crisis with his unprecedented decision to criminally charge all undocumented immigrants at the border. We cannot sit by while Sessions and Trump throw more immigrants behind bars and try to normalize state sanctioned abuse of vulnerable children and families on American soil.

Congress needs to fight back by passing policies like the HELP for Separated Children Act now. This bill would:7,8

This is a pivotal moment in our nation's history. Whether Congress stands up to Trump's fascist regime and passes measures to protect the human rights of immigrant children and families or allows it to terrorize and abuse them is up to us. Speak out now to demand that Democrats and Republicans of good conscience do the right thing.

The petition to Congress reads:
"No child should be ripped from their parents arms. Pass the Humane Enforcement and Legal Protection for Separated Children Act now to protect the human rights of immigrant children and families in detention."

Thanks for speaking out to protect immigrant children and families.