Contact your representative, who voted in favor of further militarization of the U.S.- Mexico border region. 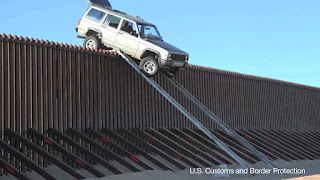 House Republican leadership got approval to spend $1.6 billion for the border wall by sneaking the allocation into a defense-funding package. The funding of this wall will further Trump’s discriminatory anti-immigrant agenda and will worsen U.S. Customs and Border Protection abuses in Arizona.

House Republican leadership was afraid of putting $1.6 billion in wasteful spending on Trump’s border wall on the floor for a vote. This obscene expenditure was bundled with defense and other unrelated funding to pass it sneakily through the House without a chance for others to amend it.

Contact your representative, who voted in favor of further militarization of the U.S.-Mexico border region.

Across the southwest, border residents and local stakeholders like mayors and sheriffs are firmly opposed to President Trump’s folly endeavor, based on economic, environmental, and humanitarian impacts. We must continue to fight for the members of the border community whose voices are not being consulted, much less listened to, about the wall being imposed on them.