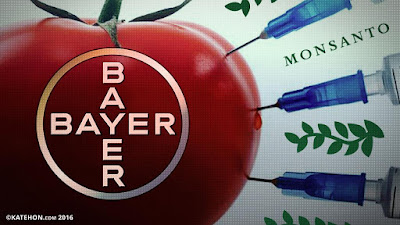 Bayer and Monsanto employ an army of lobbyists to get their merger from hell approved by lawmakers in Washington, D.C. The SumOfUs hired their own lobbyist to beat them at their own game!

And the hard work of those lobbyist is paying off: this week, 19 US Senators published a letter, speaking out against the Bayer Monsanto merger. This is a direct result of those lobbying efforts!

Let’s go on Twitter and thank the Senators for having our back and putting people over profits.

People like us are really helping to put a chink in the armour of Bayer and Monsanto.  With our help, the SumOfUs brought farmers and beekeepers to Washington: They gave first-hand accounts of the consequences a Bayer-Monsanto merger would have.

This work has helped shape the political agenda in Washington: Lawmakers are taking note that mega mergers like Bayer-Monsanto are extremely unpopular with the public. Just now the Democratic Party announced that combatting corporate power and enforcing antitrust law is going to be one of its top priorities through 2018.

I am hopeful that together we can stop Bayer and Monsanto from taking over our global food supply.

Email ThisBlogThis!Share to TwitterShare to FacebookShare to Pinterest
Labels: Bayer and Monsanto merger