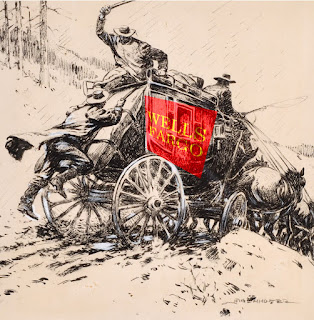 Wall Street’s minions in the House and Senate are racing to re-legalize the “ripoff clause” big banks use to avoid accountability after cheating their customers.
The ripoff clause is a virtual license to steal for crooked bankers. It allows a big bank to scam you or charge you illegal fees and NEVER get held accountable in a court of law.
Republicans are trying to rush through a vote TODAY to restore the ripoff clause – hoping the public won’t have time to mobilize. We need to speak out immediately.
Sign here to tell Congress: Reject Wall Street’s attempt to re-legalize the ripoff clause, big banks’ license to steal.
Okay, some rapid-fire background: Cooked up by Wall Street lawyers and hidden in the fine print of bank account and credit card contracts, the ripoff clause blocks customers cheated by their bank from seeking justice in court.
Instead, the customer is forced into “arbitration,” a shadow court system. Amazingly, the company gets to choose who makes the ruling – so unsurprisingly, the corporation wins 93% of the time.1
The ripoff clause also bans cheated customers from banding together. Banks know someone they scam out of $50 will never be able to pay a lawyer to get it back. So they can rip off hundreds, thousands, or millions at time, raking in illicit profits.
(Remember the massive Wells Fargo fake accounts scandal? Yep, they used the ripoff clause to dramatically lower the amount they gave back to customers).
After nearly 15,000 Rootstrikers members filed public comments calling for action, the Consumer Financial Protection Bureau (CFPB) released a rule this month banning banks and credit card companies from exploiting the ripoff clause
It is a HUGE win for consumers, but it is driving Wall Street lobbyists crazy – so they’ve tasked their servants in Congress with repealing the CFPB’s rule immediately.
We can stop Congress from reinstating big banks’ license to steal – but only if we send an immediate message that we won’t let this fly under the radar.
Sign the petition to Congress: Reject bank lobbyists’ attempt to give Wall Street a license to steal. Protect the CFPB’s rule banning the ripoff clause.
- Kurt Walters
The Rootstrikers project at Demand Progress
Source:
1. Alliance for Justice, “Some good news on arbitration,” July 23, 2015.