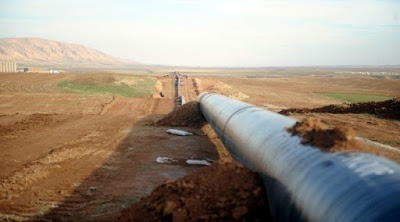 Two years ago people power stopped the Keystone XL pipeline. Now Trump is trying to bring back this disastrous fossil fuel project.
This pipeline, proposed by TransCanada, would carry some of the dirtiest oil from Alberta’s Tar Sands region – cutting through farms, Indigenous lands, and vital drinking water sources. Not only would it put the land and water at risk from a spill, it would be game over for the climate.
That’s why today we’re launching #SolarXL – a campaign to not only stop Keystone XL, but build clean energy solutions directly in its path as part of our resistance.
Starting in Nebraska, we’ll work with our partners to build solar arrays in several locations in the path of the pipeline, and fight to protect them by resisting TransCanada’s attempt to gain construction permits in the state (which they need before project construction can begin).
Nebraska is the last state where TransCanada doesn’t have a permit to build Keystone XL. The Nebraska Public Service Commission can stop this pipeline after they hold hearings next month. We’ve got to show them that Keystone is a threat to our communities and our climate.
Here’s the plan:
We can’t afford any new polluting fossil fuel projects like the Keystone XL pipeline, which is why it’s up to us to fight for and build the future we need.
Solar XL will help power the homes of Nebraskan farmers and homeowners who would be forced to allow the pipeline to run through their backyards. It'll also send a strong message to TransCanada and Trump that we'll never give up fighting for a renewable energy future.
We know this fight is bigger than one pipeline, and we’re in it for the long haul. Communities across the country and around the world are fighting fossil fuel infrastructure, putting their bodies on the line, and developing solutions at the same time.
Let's build the future we need, together.
- #SolarXL
Posted by Jana Segal at 11:40 AM