Write a letter to the editor about Trumpcare... 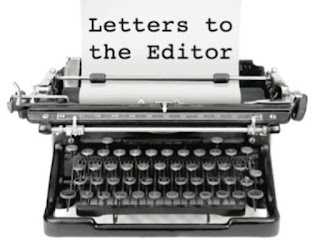 Yesterday, major news outlets reported that Senate Majority Leader Mitch McConnell is expected to unveil a new draft of Trumpcare later this week in a last-ditch effort to win the votes he needs. Reports say a vote could be next week and on President Trump's desk by the end of next week.

Trumpcare is in trouble thanks to grassroots outrage, but it's NOT over yet. We can't forget that House Republicans twice called a vote and twice canceled it before quietly negotiating, as Sen. McConnell is doing now, and winning in the end. We can't let the same thing happen twice.

Sen. McConnell's new version of this bill will no doubt include concessions and offers of money to moderate Republicans for their states--trying to literally buy their votes. It's our job to make sure that senators aren't swayed to vote for any version of this corporate tax cut disguised as a health care bill. Senators pay attention to powerful letters to the editor in local and national newspapers, especially if they are from constituents. Your letter could be the last thing an undecided senator reads in the morning's news before going to cast a vote.

Can you write a letter to the editor making clear why Trumpcare attacks women and our families?

Write your own, or you can use the pre-written letter. Newspapers are most likely to print letters that are personal and local. Speak from your heart, but here are some points to guide you:

According to the Congressional Budget Office, the Senate's Trumpcare bill will kick 22 million people--15 million by next year--off health insurance. Senators Flake and McCain must vote NO.
Trumpcare will decimate Medicaid for nearly 40 million women and 50% of newborns. And it bars Medicaid enrollees from accessing any kind of care at Planned Parenthood health centers, which serve 2.4 million patients annually.

Trumpcare eliminates guaranteed coverage for life-saving cervical and breast cancer screenings, abolishes comprehensive maternity care and domestic violence screenings, defunds Planned Parenthood, and makes it harder for women to access birth control and emergency contraception.
Trumpcare phases out health care funding for poor people, while giving over half a trillion dollars in tax cuts to corporations and the wealthy.

Please, take a moment to write a short letter to save the Affordable Care Act.

Trumpcare Would Be a Disaster for Planned Parenthood, and Therefore Poor Women, Rolling Stone, March 14, 2017

4. House Passes AHCA: How It Happened, What It Would Do, And Its Uncertain Senate Future, Health Affairs, May 4, 2017