Tell your senators to vote no on this fracked up energy bill!

Trump is currently in Europe promoting his fossil fuel agenda at a meeting with other world leaders.¹ Back home, Senate Majority Leader Mitch McConnell is trying to ram through a disastrous energy bill that would be the fossil fuel industry’s dream come true. 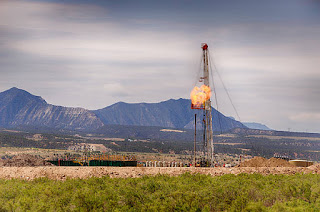 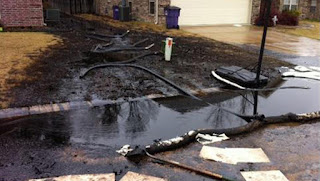 Call your Senators at 866-583-2908 and tell them to oppose this dirty energy bill!
This bill would speed up approval for fracked gas exports (leading to more fracking here in the U.S.) and give the Trump administration broad authority to quickly approve new pipelines. Because he cares more about fossil fuel industry profits than people or the planet, Mitch McConnell is using dirty tricks to sneak this bill through while Senators are rightfully focused on health care.
Big Oil lobbyists are pushing hard to pass this dirty energy bill, so we have to push just as hard to stop it by flooding Senate offices with calls. Making a call is a simple act, but it has a big impact.² Staffers will be tallying the calls they receive and reporting to your Senators. Can you call your Senators now? Here's how:

1. Call 866-583-2908
2. Tell your Senator's office:
"As a constituent, I urge the Senator to oppose Senate Bill 1460, the Dirty Energy Bill that would keep us addicted to dirty fossil fuels."
3. Call the number again to reach your state's other Senator.
We're hearing that Trump and McConnell want to move this bill as soon as Monday, so we have to act quickly. Food & Water Action is working hard to rally our allies to oppose this bill and put pressure on key Senators, but we need people like you to join in the fight.
Senators are home this week for the July 4th recess, so let's make sure they hear this message loud and clear: under no circumstances should you sacrifice the future of our planet for fossil fuel industry profits!
Take 1 minute to call your Senators at 866-583-2908 and tell them to stop the Dirty Energy Bill.
Thank you for taking action,
-Thomas Meyer, Food & Water Action
act@fwaction.org
P.S. Making a call is best, but you can also send a message to your Senators here.
1. "Right-Tilting Poland Welcomes Trump as Europe Watches Warily", New York Times, July 5, 2017. 2. Want to do more? Make a call, Food & Water Watch, February 8, 2016
Posted by Jana Segal at 1:33 PM