Urge family & friends to contact their Senators in these pivotal states.... 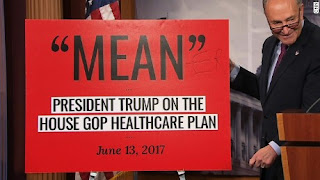 Do you have friends or family who live in Alaska, Maine, Nevada, Ohio, or West Virginia?
The Senate is likely to vote TODAY on whether to move forward with an attempt to repeal the Affordable Care Act (ACA)—and Senators in these states are on the fence. Any of these Senators could very well be the deciding vote to protect vital health care. We need all hands on deck to flood the phone lines NOW.
Here’s how you can help. Forward this message (cut and paste) to your friends and family who live in the target states and ask them to call their Senators now. A sample script is below.
Tell Your Senators: Reject ACA Repeal
It’s clear that this is not about health care but about scoring a political win for the Trump administration. Senate Republican leadership has tried pushing through many different iterations of a repeal bill, from the narrowly passed House bill to a straight up repeal now, replace later proposal – all of them threatening the health care of millions of people. And right now, most of the Senate doesn’t even know which bill they’ll be voting on! But the bottom line is there is no version of ACA repeal that is good for women and their families.
Senators are being bullied by Senate Republican leadership and President Trump into taking life-saving care away from the residents in their states, and they need to hear from everyone now and every day – every call moves us closer to truly defeating this bill. Please help spread the word in this critical moment.
Thank you for fighting with us.
- Gretchen Borchelt
National Women's Law Center
Posted by Jana Segal at 7:00 AM