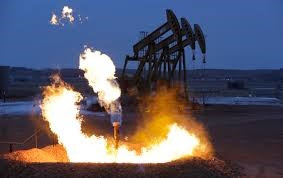 The Bureau of Land Management is trying to delay—and potentially reverse—a rule it finalized last year requiring oil and gas companies to capture natural gas that would otherwise be burned, deliberately vented, or leaked into the air.
This week, alongside a coalition of tribal and environmental groups, we took the Trump administration to court for this reckless and shortsighted decision.
The commonsense rule would protect public and tribal lands, safeguard public health, decrease greenhouse gas emissions and compensate taxpayers for gas that’s taken from public lands.
More specifically, the rule the Trump administration is trying to delay would:
Knowing all this, the Trump administration is still bending to pressure from polluting industries.
There is simply too much at stake, which is why we’re challenging this dangerous decision in court. The courts continue to be our last line of defense when pushing back against these relentless attacks from the Trump administration. Just last week a federal appeals court blocked a similar delay attempted by Trump’s Environmental Protection Agency.
- Earth Justice
Posted by Jana Segal at 7:14 AM