The scientific evidence is now overwhelming: neonics kill bees. Then why is Big Agra’s ignoring the science and still using this bee-killing pesticide? Bees are key pollinators that support the world’s ecosystems and agriculture, by killing them Big Agra is putting us all at risk.

This Monday, July 24th the Environmental Protection Agency (EPA) is the last day for public comments on two of the most widely used neonics, clothianidin and thiamethoxam. This is a historic opportunity to show the EPA that we’re paying attention and won’t let Big Agra destroy our ecosystem.

These substances are responsible for the rapid decline in bee populations globally. It’s time we banned them and put the environment before profit and greed -- make your voice heard now and tell the EPA to finally ban bee-killing neonics. 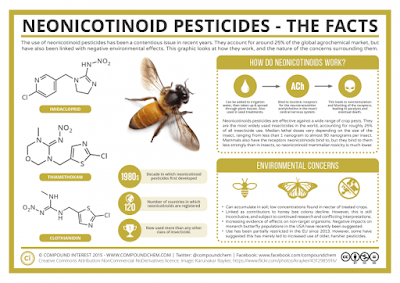 The EPA's consultation closes on the 24th of July -- make our voices heard now and tell the EPA to finally ban bee-killing neonics.

The EPA first allowed neonic clothianidin on the market in 2003 under “conditional registration” -- which means the agency green-lit this pesticide without knowing all the facts about its potential harms.

Now the data is in and it’s undisputable -- clothianidin and thiamethoxam harm and kill bees. Thanks in part to neonics use, 2008 to 2013 saw a massive 23 percent decline in bee populations. We can’t afford for the EPA to wait any longer.

We are making headway in saving the bees in the US. In May, Walmart announced that it will take steps to stop selling bee-killing neonics. And just last month, we delivered over 110,000 SumOfUs member signatures to Kroger's annual shareholder meeting. Now, we need to build on that momentum and tell the EPA that these neonics have no place in our food chain, our ecosystem, and our environment.

Submit a public comment asking the EPA to ban these bee-killing neonic pesticides now to protect our planet for future generations!