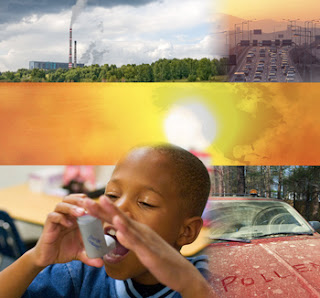 Add “breathing air” to the list of things that parents have to worry about for their children. This month, the Environmental Protection Agency proposed a dangerous two-year delay on the methane pollution standards that keep our air clean and our families safe and healthy.

The EPA’s standards represented an important step toward protecting the health and safety of communities and workers, reducing missed school days for students with asthma and cutting healthcare costs and emergency room visits.

Delaying these protections is a blatant giveaway to oil and gas interests at the expense of public health. Tell EPA Administrator Scott Pruitt to leave these essential safeguards in place.

But instead of cleaning up their act, polluters and their allies in Congress suggest that children stay indoors on “bad-air days,” particularly during the summer months when kids should be outside, to avoid aggravating their asthma condition.

The winners of this delay are clear: corporate polluters and their allies. The EPA has declined to even analyze the air pollution impacts or attempt to assess in any way the additional health and environmental harms that will result from its proposed delay. However, it has taken pains to estimate the cost savings that it believes industry will realize because of this action.

Earthjustice is fighting back in court. Earlier this month, a federal court of appeals blocked a 90-day stay of certain parts of the rule, but the EPA is still trying to implement a two-year delay.

Now, we need your help fighting this delay. Urge Scott Pruitt to withdraw this proposal and enforce the methane pollution standards.