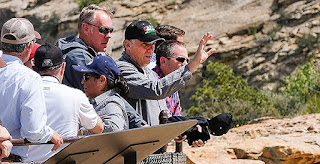 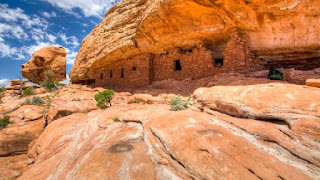 Secretary Zinke’s decision today to recommend to reduce the boundaries of Bears Ears National Monument is a disappointment and a threat to all monuments under review, including the Grand Staircase-Escalante.

After a “listening” tour that intentionally excluded stakeholders and a public comment period where the people of Utah joined with the American public to overwhelmingly implore the Secretary to make no recommendations altering our beloved national monuments, today’s news comes with little surprise. “Disregarding the very process this administration constructed, this report from Secretary Zinke is blatant attack on a monument that has been decades in the making. Bears Ears already represents a compromise between Rep. Rob Bishop’s Public Lands Initiative and the requests of the Bears Ears Intertribal Coalition,” said Nicole Croft, Executive Director of Grand Staircase Escalante Partners. “ This recommendation should be viewed for what it is: another land grab in a shameful history of violating the sovereignty of Native American people.”

The vast majority of legal scholars agree that while the Antiquities Act grants the President the power to designate a monument, only Congress can modify the boundaries, and any attempt to shrink the national treasure that is Bears Ears National Monument through executive action would certainly be vigorously challenged within the courts.

Have you added your public statement yet? Please, take a moment to share why these monuments are important to you, Arizona or the planet.

http://monumentsforall.org/
Posted by Jana Segal at 8:36 AM