Caving into grassroots pressure, Europe’s 2nd largest bank, BNP Paribas, announced they would cut funding for tar sands, the dirtiest fossil fuel on the planet, and shale gas. This means that BNP will not be funding the Line 3, KXL or Trans Mountain tar sands pipelines.

But Big Wall Street banks, like Wells Fargo and JPMorgan Chase remain top funders for Enbridge, the company behind the Line 3 pipeline.
Join us to demand Wells Fargo & JPMorgan Chase defund the Line 3 pipeline
The Line 3 so-called “Replacement” Project is a proposal for a new pipeline that would cover more than 1,000 miles (1,660 km) from Hardisty, Alberta to Superior, Wisconsin,1 transporting an average of 760,000 barrels of tar sands crude oil from Alberta each day, with a capacity of 844,000 barrels per day.2
Enbridge’s Line 3 pipeline route would pierce the heart of the 1855 Treaty territory, where members of signatory Ojibwe bands retain the rights to hunt, fish, harvest wild rice, hold ceremony, and travel.3  Wild rice is the only plant specifically mentioned in any Indian treaty with the United States, in recognition of it being a fundamental and central component of Ojibwe culture and identity. If the wild rice beds of the Ojibwe people in this area are destroyed, the cultural impacts would be devastating. 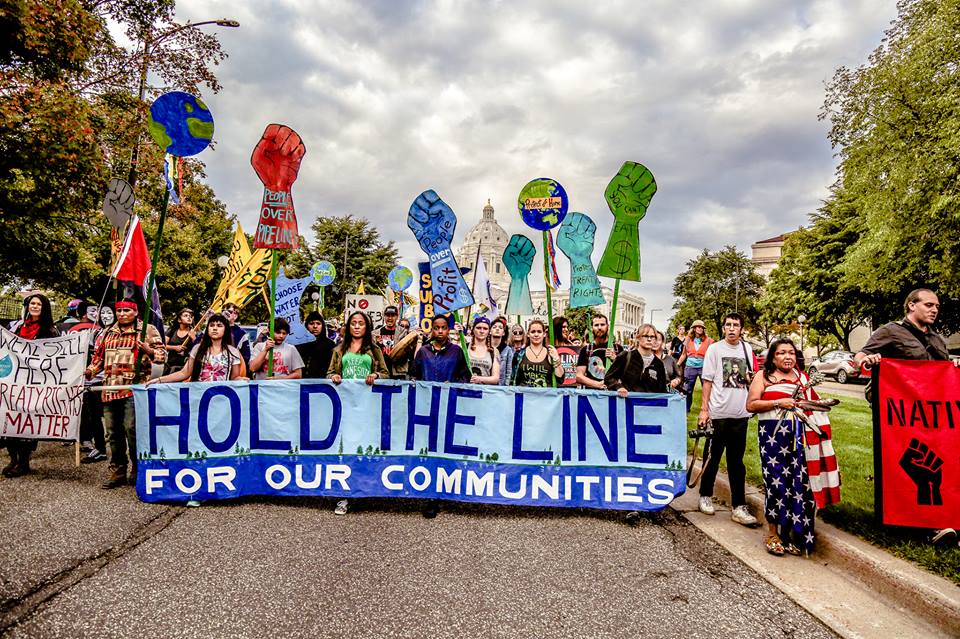 Extreme energy means extreme weather. Climate change is not a threat of the future, but a major issue here now with back-to-back disasters like recent tragic hurricanes through the Gulf Coast and Island nations, and wildfires in the West, have made that clear. We must act now to to move towards a climate stable future.
This is your chance to tell David Kvamme, CEO of Wells Fargo Minnesota, to defund Enbridge’s Line 3 pipeline.
This is your chance to tell Melissa Bean, Chair of Midwest Operations for JPMorgan Chase to defund Enbridge’s Line 3 pipeline.
We need your voice — today. Tell Wells Fargo that you expect banks to live up to their commitments to Indigenous Rights and the environment.