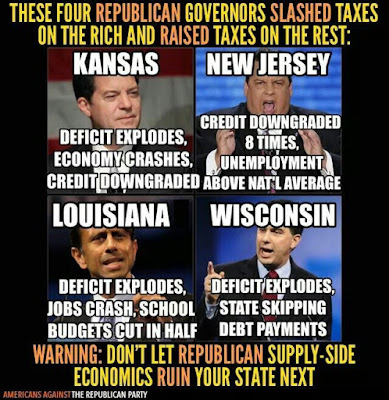 Republican leaders are about to give their best friends and donors -- millionaires, billionaires, and giant corporations -- a massive tax break. They plan on paying for these tax breaks by gutting Social Security, Medicare, Medicaid, public education, and other critical services that working families rely on.(1) And they’re trying to sell it all to the American people as “tax reform.”

The Republican tax plan is not only an attack on our health but on the very fabric of our well-being. But it’s not over yet! We’ll have to mobilize as vigilantly as we did in the fight to protect our health care to stop this blatant abuse of working families.

Sign the petition to reject Republican plans to cut Social Security, health care, and public education, while giving massive tax breaks to the rich and powerful.

Congress’ first vote on a tax proposal was held two days ago and the GOP is scrambling to try to push their Trump-Ryan tax plan through and set it on a fast-track.

Their proposed budgets would slash between $4 and $6 trillion from services that children, seniors, people with disabilities, and working people depend on. All while middle-class families will pay up to 25% more in taxes.(2)

Taxes increased and services cut to those that need the most assistance so that wealthy campaign donors can receive up to 80% in tax cuts!(3) This is a scam -- plain and simple. And we know Trump is no stranger to scamming.

As Senator Elizabeth Warren puts it, “Washington already works great for those who can afford to stash money in the Cayman Islands or ship jobs overseas. Now Donald Trump and Republican leaders want to rig the system even more.”(4) We won’t let the GOP continue to rig the system. We stopped their plan to kill our health care and we can stop their plan to rob us blind.

Sign our petition demanding that any tax plan Congress passes must require the wealthy and giant corporations to pay their fair share of taxes while protecting the American people's essential services.

People like Senate Majority Leader Mitch McConnell and House Speaker Paul Ryan are willing to take health care, affordable housing, quality education, job training, and food assistance away from millions of Americans. All to give massive tax breaks to billionaires and wealthy corporations.

$450 billion cut from Medicare. $1 trillion cut from Medicaid.(5) And that’s just health care. There’s also the billions of dollars they want to cut from programs that feed low-income children and seniors, provide job training to help lift people out of poverty, and support public education and college for the next generation to get ahead.

It’s way past time for the rich to pay their fair share so we can invest in our country’s future. A better and brighter America with exceptional schools, health care for all, affordable homes, staffed libraries, clean parks, new roads, and retirement funds. And it all depends on you. We must make our voices heard.

Help stop the Republican plan to cut essential services working families rely on while increasing their taxes to fund tax giveaways for the rich and wealthy.