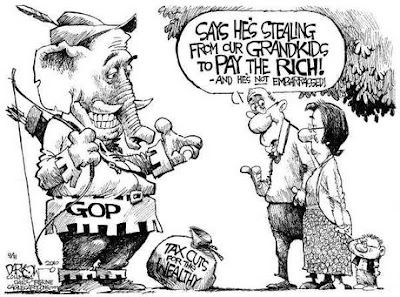 President Trump, Republican leaders in Congress and a massive special-interest lobbying machine (run by the Koch brothers and corporate America) are gearing up to give massive tax breaks to millionaires and wealthy corporations. They want to pay for them by cutting Social Security, Medicare, Medicaid, public education and other critical services for working families.
President Trump and Republican leaders have proposed budgets that would slash between $4 trillion and $6 trillion from those services we all depend on—just so that they can afford huge tax cuts of similar amounts that would further enrich billionaires and big corporations and encourage the offshoring of jobs. This is the health care fight all over again. We can win, but only if we all speak out.
Sign the petition telling members of Congress to reject a budget that cuts Social Security, Medicare, Medicaid, public education and much more while giving massive tax breaks to the rich and powerful.

SIGN PETITION HERE
To: All members of Congress
Any tax and budget plans you support must meet the following principles:
Posted by Jana Segal at 1:05 PM

Email ThisBlogThis!Share to TwitterShare to FacebookShare to Pinterest
Labels: no tax cuts for the rich, tax cuts for corporations