SUBMIT A PUBLIC COMMENT: The Clean Power Plan is under attack! 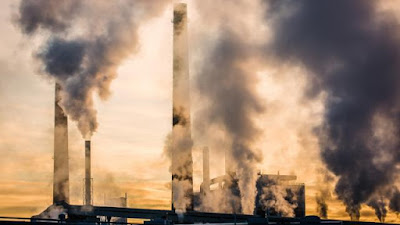 Yet, EPA Chief Scott Pruitt just announced that the Trump Administration will start the process of dismantling this bedrock climate policy. We’ll fight this decision tooth and nail -- not just in the courts, but also in the streets.


Submit a public comment to support the Clean Power Plan and demand that the EPA hold public hearings in all 50 states.

The EPA under Pruitt has shown time and time again, that it’s more interested in protecting polluters than our health. This administration is already attempting to roll back over 50 different environmental policies set up to protect our climate, our health, and our communities – despite a summer of climate-fueled hurricanes and wildfires.

Thousands of communities worked tirelessly for years to push President Obama to enact the Clean Power Plan, which is a critical piece of the U.S. government's plans to cut carbon pollution and meet our obligations under the Paris Agreement. These policies should be made even stronger, not weakened or repealed - rolling back the progress we’ve fought hard for.

The Trump administration is doubling down on dying industries, while ignoring both the science and the job opportunities in renewable energy. We know that there are 5 times as many jobs in solar and wind as there are in coal and gas, and that the future of the economy, in Appalachia and across the country, is in clean and renewable energy that works for all of us, not more fossil fuels that benefit the 1%.

Tearing apart the Clean Power Plan would put our well being, especially that of communities of color and low income families that face the worst climate impacts, at even greater risk.

It’s up to us – if thousands of us submit comments within hours of Pruitt’s announcement, it will send a strong message they can’t ignore. Submit your comment today.

As Trump tries to quash climate action from the top down, we’re continuing to fight back from the ground up.