Hyperpartisan gerrymandering is going before the Supreme Court TODAY. Call you senators 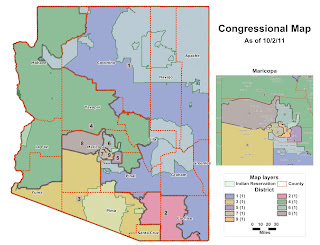 The Republicans have successfully installed a system in states across America that almost guarantees them a majority of legislative seats with a minority of votes.

That system is hyperpartisan gerrymandering -- and today it’s going before the Supreme Court in the case Gill v. Whitford, which may ultimately decide if this illegitimate form of politicians selecting voters is constitutional or not.

That’s why we must enact a 21st Century Voting Rights Act to address hyperpartisan gerrymandering and other abuses of our electoral system.

Will you call your senator today at (202) 224-3121 and ask him or her whether he or she supports federal legislation to restrict hyperpartisan gerrymandering?

The idea of drawing district lines to benefit one party or the other is not new; however, a confluence of specific events over the past decade has made gerrymandering a lethal science to our democratic legitimacy.
I’ve called for provisions ending hyperpartisan gerrymandering to be included in the 21st Century Voting Rights Act, and supplemented by state legislation if necessary. But right now, no one is demanding this law -- except thousands of us, already standing up and speaking as one.

It’s up to us to get our representatives in Congress behind this important set of voter protections. As the Gill v. Whitfordcase unfolds before the Supreme Court today, remember: there is something you and your fellow voters can do. Your voice is valuable in this fight.