Submit a public comment on rejecting the proposed Rosemont mine. 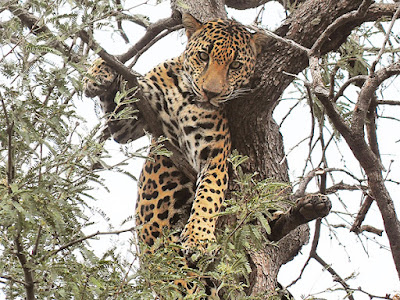 The Rosemont mine will encroach on sacred Tohono O'odham land, will use more of Tucson's already depleted water, and will threaten streams that flow into Tucson's water supply - not to mention destroying the habitat for a nearly extinct Jaguar!

Please, submit a public comment rejecting the proposed Rosemont mine.

A little inspiration before you write:

Frances Causey's doc, "Ours is the Land."

According to Rosemont Mine Truth:

State regulator seeks public comment on key Rosemont mitigation plan that it has not made available for review.

The Arizona Department of Environmental Quality is seeking public comment on a crucial mitigation plan for the proposed $1.9 billion Rosemont Copper Mine without providing the plan for the public to review.

Instead, the ADEQ has only provided the public a brief, four-paragraph summary of an amended proposal submitted by Toronto-based Hudbay Minerals’ Arizona subsidiary Rosemont Copper Company.

The ADEQ summary outlines Rosemont’s latest proposal to modify a Sonoita Creek farm so it can qualify as conservation credits to compensate for the expected loss of desert wetlands caused by its massive copper mine.

The regulatory agency has already granted “conditional” approval of the plan before the plan has been released to the public. The ADEQ opened a public comment period on its conditional decision on Oct. 6 and is set to close 30 days later on Nov. 6.

Save the Scenic Santa Ritas, a Tucson-based citizens group opposed to the Rosemont Mine, on Thursday requested the state to post Rosemont’s proposed mitigation plan on its website and to extend the public comment period for 60 days from the date the plan is posted.

“It is impossible for the public to comment on ADEQ’s decision if ADEQ does not provide the public the underlying document on which it based its preliminary decision,” Gayle Hartmann, president of SSSR states in a letter to the agency.

Hartmann stated that the state’s “failure to post for public review the materially relevant information on which ADEQ has based its preliminary decision and failure to give the public a reasonable amount of time to review that information would violate the spirit, if not the letter, of the Arizona Administrative Procedure Act and its Regulatory Bill of Rights.”

Rosemont subsequently submitted a “Final Habitat Mitigation and Monitoring Plan” for Sonoita Creek Ranch to the ADEQ on Sept. 14. Rosemont followed up nine days later with its application for a 401 certification that included a project description and maps. The state issued its conditional certification soon after and opened the public comment period on Oct. 6.

The ADEQ, however, has not made the Final Habitat Mitigation and Monitoring Plan and Rosemont’s certification application available for public review.

This information is crucial in the overall approval process for the mine.

Rosemont still needs to obtain a Clean Water Act permit from the U.S. Army Corps of Engineers into order to build the mile-wide, half-mile deep open pit copper mine.

The Army Corps must determine whether Rosemont’s Final Habitat Mitigation and Monitoring Plan fully compensates for the expected destruction of water resources by the proposed mine. Sonoita Creek Ranch restoration has been considered the linchpin in Rosemont’s mitigation plan.

Pursuant to the Clean Water Act (CWA) Section 401 and in accordance with Arizona Administrative Code R18-1-401, the ADEQ Director intends to issue a conditional State 401 water quality certification for a U.S. Army Corps of Engineers (USACE) CWA 404 Individual Permit to the following:

Email ThisBlogThis!Share to TwitterShare to FacebookShare to Pinterest
Labels: Public Comments on Rosemont mine, Rosemont Mine