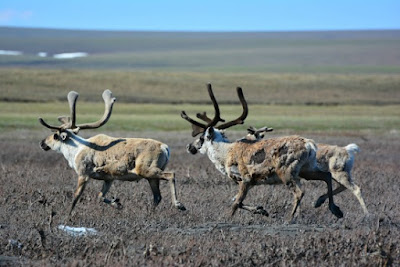 Congress is continuing its tragic push to hand over America's coasts and the Arctic National Wildlife Refuge in Alaska to the world's biggest oil companies.

This week, the U.S. Senate is set to vote on an all-important budget resolution that contains an outrageous provision aimed at opening the Arctic Refuge and our protected coastlines to oil drilling, ostensibly to raise federal revenue that helps fund a tax break for the wealthy.

And NRDC Action Fund's legislative experts believe that Arizona Senator John McCain is a key vote that could stop these provisions. So we need thousands of supporters in Arizona to call Senator McCain now, urging him to vote against efforts to use the budget resolution to open America's coasts and the Arctic Refuge to oil drilling.

Will you please make an urgent phone call to Senator McCain's office today?

When you call, here are a few tips and talking points:

Tell the senator's staff your name and where in Arizona you live
Express your opposition to oil drilling in the Arctic National Wildlife Refuge and along America's coasts.

If you've already called or emailed your senators opposing Arctic oil drilling, thank you. But with a vote set this week on the Senate floor, we need you to weigh in one more time.

Of course, this dangerous budget resolution is just the latest in an outrageously long list of assaults from President Trump and his Republican allies in Congress on our environment and our clean energy future. Just last week, the Trump administration formally kicked off its cynical campaign to kill the Clean Power Plan. And Trump and EPA Administrator Scott Pruitt continue filling key White House and EPA posts with climate deniers and fossil fuel lobbyists.

Enough is enough. We must draw a line in the sand ... and in the Arctic tundra ... to stop these latest anti-environment assaults.