Say no to Monsanto's super poison 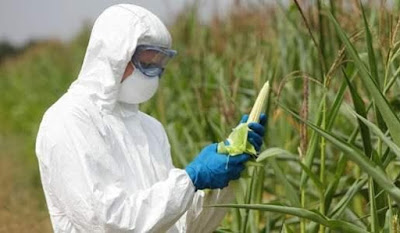 Monsanto is launching a super poison that kills plants in its path -- except for Monsanto GMOs. It even flies through the air onto neighbouring land!

But in days we can shut it down.

After a massive outcry from 1,000 affected farmers, a key US state could now ban this poison. This will set a precedent to influence regulation around the world.

Monsanto is mounting an intense pressure campaign, and hoping to keep it to a local fight. But if one million of us sign this petition now, we’ll submit it to the official process and show that the whole world wants this toxic chemical out of our fields and off our food!  Add your name:

Stand up to Monsanto

It's no surprise farmers are up in arms. Dicamba spreads death with the wind, drifting onto their crops, trees, soil, and water. Farmers are now faced with a terrible choice -- switch to Monsanto GMO seeds, or watch their crops die.

It’s a greedy, dangerous scheme that will make Monsanto billions and could destroy our food system.

But we can stop it. 17 US states opened Dicamba investigations and key Arkansas authorities just recommended a ban -- now it is up for a vote. Regulators from the EU to Latin America are watching carefully. If one million of us face down Monsanto in Arkansas, and win a ban, we could stop this deadly poison in its tracks.

For years, the Avaaz community has taken on the David vs Goliath fight to stop the corrupt and dangerous takeover of our food system. And we are winning. Last year, we helped stop Monsanto from opening a flagship GM factory in Argentina, and we stopped the EU from giving a new license to the pesticide glyphosate. Now, we can help win in Arkansas where the next fight begins.

This miracle weed killer was supposed to save farms. Instead, it’s devastating them. (Washington Post)
https://www.washingtonpost.com/business/economy/this-miracle-weed-killer-was-supposed-to-save-farms-...

Arkansas one step from ban on controversial herbicide next summer (Reuters)
https://www.reuters.com/article/us-usa-pesticides-arkansas/arkansas-one-step-from-ban-on-controversi...
Posted by Jana Segal at 7:52 AM