Yesterday we mourned. Now we ACT. Send a message to your representatives and tell them to reject NRA-backed bills. 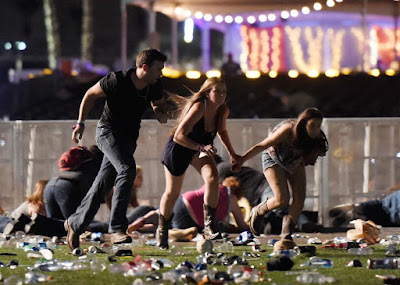 On Sunday night, at least 59 people were shot and killed and over 500 more were hospitalized at an outdoor music festival in Las Vegas. The nation is mourning while the details of the largest and deadliest mass shooting in our modern history are still unfolding.
This horrific shooting forces us as a nation to decide: Will we accept the status quo and allow mass shootings and gun homicides to be the backdrop to our daily lives? Or do we want to live in a country where we can go to the movies or a concert or school or work or church and be safe from gun violence?
I've made my choice. And I choose to honor the victims and survivors in Las Vegas by demanding that Congress reject the NRA leadership's radical and dangerous agenda with every fiber of my being. 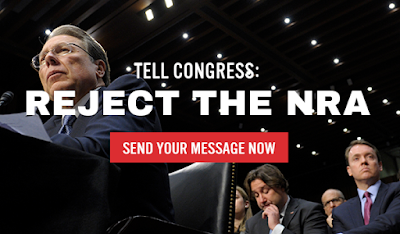 Send a direct message to your representative and tell them to reject NRA-backed bills.
Right now, the NRA leadership is pushing members of Congress to pass two extreme bills:
These bills are the NRA's top priorities for 2017, so blocking them is the perfect way to show we mean business, and demand a country free from gun violence.
Reject the NRA leadership and their "guns everywhere" agenda. Now it's up to us to make sure that Congress does the same. Send a message to your representative demanding that they reject the NRA's leadership too.
- Shannon Watts
Moms Demand Action for Gun Sense in America
Posted by Jana Segal at 1:09 PM