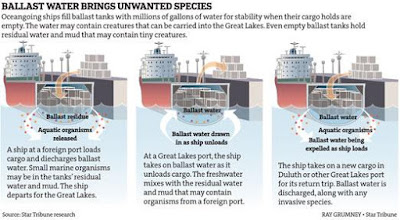 The Dirty Water Caucus in the U.S. Senate is attacking a key Clean Water Act protection, and they’re trying to sneak that attack into the Coast Guard Authorization Act. This bill currently contains the Vessel Incidental Discharge Act (VIDA), which strips EPA of its authority under the Clean Water Act to protect against ballast water pollution from ships.

Ships use ballast water to provide stability and balance while in transit, but that allows harmful invasive species to hitch a ride to new locations as ships discharge ballast into new waters. Currently, EPA and Coast Guard have national standards on discharging ballast water, and states have the ability to pass even stricter regulations. But VIDA will remove the Clean Water Act’s oversight authority over ballast water discharges from the EPA, and it will even prohibit states from enacting and enforcing their own ballast water rules.

Can you take action today to call both of your U.S. Senators and tell them to oppose this attack on the Clean Water Act? You can reach your Senators through the Congressional switchboard at (202) 224-3121, and there’s a sample letter at the bottom of this email. (Don’t know who your Senators are? Click on “Find your Senators” at senate.gov or call the switchboard and enter your zip code.) 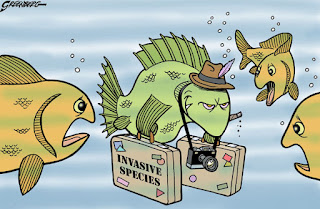 Aquatic invasive species currently cost the United States billions of dollars per year in damages and control costs – costs that are passed on to the impacted communities, businesses, utilities, recreational boaters, and municipalities. If this attack on the Clean Water Act succeeds, it will leave the door open to more invasive species, and once they establish themselves, it is impossible to eradicate them.

The Clean Water Act is our nation’s strongest policy to prevent harmful aquatic invasive species from entering our waters. Don’t let the Senate take this powerful tool out of our toolkit.

Sample comment that you can leave as a message, or personalize:

I am calling to urge you to OPPOSE the Motion to Proceed on the Coast Guard Authorization Act of 2017 (S.1129) due to the harmful provision known as the Vessel Incidental Discharge Act. This will strip EPA of its Clean Water Act authority to protect against ballast water pollution from ships and keep invasive aquatic species out of our waters. It also removes the ability of states to enact and enforce our own ballast water rules to address unique regional threats. Please protect our water by opposing this harmful provision.


Arizona activists: here are some other ways to contact Sens. Flake and McCain:

I've been told that Sen. Flake doesn't like for his staff to be interrupted by phone calls. Here are his phone numbers: