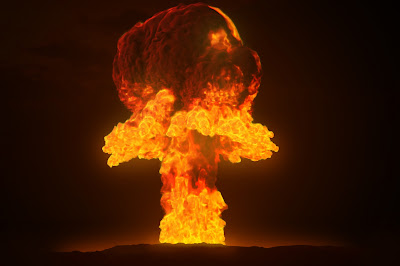 Please take a few minutes to call Senator Flake urging him to attend a very critical hearing next Tuesday, November 14 in the Senate Foreign Relations Committee (SFRC). The hearing will examine the issue of nuclear weapons decision making and authority. In other words, who gets to decide whether to use nuclear weapons and how those decisions are carried out. Given his recently voiced strong concerns over President Trump’s fitness for office, this should be an important issue for him.

Why is this so important? Because right now, President Trump, like all US presidents before him, has sole authority over the use of US nuclear weapons. This is deeply troubling given President Trump’s intemperate behavior and bellicose rhetoric and perfectly illustrates the dangers of leaving such a momentous decision in the hands of one person.

As you may have read, SFRC chairman, Bob Corker from Tennessee has been very public with his concerns about President Trump and has said the president could “start World War III.” Senator Corker has refused to say whether he trusts the president with the nuclear codes. UCS, along with a growing chorus of concerned citizens, members of Congress and policy experts, have raised similar concerns.

This hearing is a vital opportunity to cast a spotlight on this and other features of US nuclear weapons policy that increase the chances of a nuclear war. It is the first hearing on nuclear weapons authority in the relevant congressional committees since 1976.

The hearing should also serve as an opportunity for senators to debate S. 200, the Restricting First Use of Nuclear Weapons Act, which was introduced earlier this year by Senator Edward Markey (D-MA) which would require a congressional declaration of war before the president can launch a nuclear first strike. Currently, Senator Flake is not a co-sponsor of the bill but should be.

What Can You Do? The most important thing is Senator Flake and other members of the committee need to show up for the hearing – and ask hard questions of the assembled witnesses, which will include a former commander of U.S. nuclear forces and a former high-ranking Pentagon official in the Obama administration.

-Tell the person who answers the phone that you are a constituent and what town/city you are from
-Urge Senator Flake to attend the SFRC hearing on nuclear weapons authority next Tuesday, Nov. 14 and ask hard questions about the risks of putting the very fate of humanity in the hands of one person. One particular question they might ask is “Do you believe the launching of a nuclear first strike is by its nature a declaration of war and, if so, shouldn’t that constitutionally require the approval and consent of Congress?
-Urge Senator Flake to co-sponsor S. 200, the Restricting First Use of Nuclear Weapons Act

If you reach voicemail, leave a message with a similar message as above.

Are you on Twitter? Send Senator Flake a message

Sample tweet: .@JeffFlake – 1 person should not have ability to threaten all of humanity. Plz attend @SenBobCorker’s 11/14 SenForRel hearing on #nuclear weapons authority

Tuesday, Nov. 14th is the SFRC hearing on Nuclear war authority. Please, encourage Sen. Flake to attend. I just sent the following message to Sen. Flake on his website:

Dear Senator Flake, As a constituent I am urging you to attend the SFRC hearing on nuclear weapons authority next Tuesday, Nov. 14 and ask hard questions about the risks of putting the very fate of humanity in the hands of one person.

Senator Flake, for the sake of your children and all children, please, co-sponsor S. 200, the Restricting First Use of Nuclear Weapons Act.

https://www.flake.senate.gov/public/index.cfm/contact-jeff
Posted by Jana Segal at 7:19 AM