Big news: Sam Clovis has just withdrawn his nomination to be the chief scientist at the US Department of Agriculture. 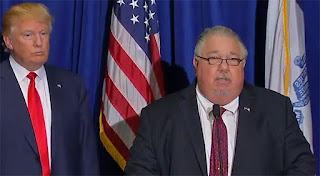 Clovis is a divisive anti-science, climate-denying former talk show host with no credible science or agriculture background. Yet Trump tapped him for the role of Undersecretary for Research, Education and Economics at USDA — a crucial post that is on the front lines of climate change, responsible for the nation’s food safety, nutrition, and agriculture.

We were able to stop this madness before it even started. Together with our partners, we sent nearly half a million messages to the Senate and made a lot of noise about this outrageous nomination. While we know that the final deciding factor in this withdrawal was Clovis' role in the Russia scandal, our efforts created massive controversy around the racist, homophobic, and offensive statements dug up about Clovis — in addition to his abject climate change denial and anti-science stance.

Clovis' nomination is emblematic of an entire administration determined to insert corporate puppets and climate change deniers into critical positions in order to cast a lifeline to a failing fossil fuel industry. Yet, today's announcement is proof positive that when we band together and resist, we can win.

It appears that Clovis is still working at the USDA, so we will continue to resist his ongoing work for the agency, as well as new nominations that put our communities and our climate at risk. We demand qualified candidates who honor the missions of their respective agencies and put the health and safety of the American people ahead of polluter interests and industry profits .

Email ThisBlogThis!Share to TwitterShare to FacebookShare to Pinterest
Labels: Sam Clovis nominated for chief scientist for U.S. Dept. of Agriculture