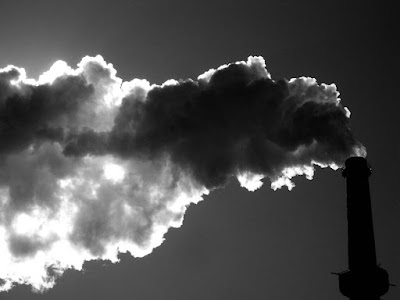 Why should profitable corporations be allowed to spout hazardous gasses into the air and leave them for the rest of us to clean up? How is that fair?

Climate change threatens our economic growth and our way of life. As the U.S. pulls out of the Paris Climate Agreement, the threat of climate change remains as real as ever. Big polluters need to start paying for the harm they’re causing our communities.

Last year was the hottest on record, ice the size of Delaware recently broke off from an Antarctic ice shelf, and coastal communities from Florida to New Jersey live in fear of the next Superstorm Sandy. These MAJOR threats are only expected to intensify in the coming decades. We NEED to take action to curb greenhouse gas pollution.

Right now, big polluters can dump greenhouse gases into the atmosphere for free. That’s not fair – and it threatens American families.

The good news is that there’s an effective and efficient way to curb the impacts of climate change. By pricing carbon, we can make sure big polluters pay for the costs they impose on society.

WHAT IS CARBON PRICING?

Carbon pricing puts a price on greenhouse gas emissions – making big polluters pay for their damage to the environment, and allowing clean energy alternatives the chance to compete.

Economists and climate scientists agree that an economy-wide carbon price is the best way to achieve significant emissions reductions and protect our environment.

By pricing carbon pollution, we can reinvest that revenue and fund renewables, projects that improve our nation’s infrastructure, and grow our economy.

We are taking on big polluters and building a carbon pricing movement that politicians can’t ignore. Add your name and join us in taking action!

Read more: When it Comes to Greenhouse Gases, CO2 Isn’t the Only Game in Town
Posted by Jana Segal at 9:21 AM