The Republican tax plan can still be stopped, and your senator, Senator John McCain, is a key player in this fight. Act now. 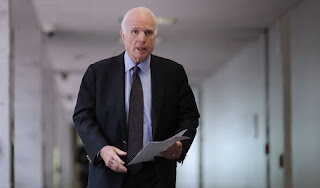 The Republican-controlled House of Representatives just passed Trump's dumpster fire of a tax plan yesterday, jeopardizing millions of families' financial stability and health care in one swift blow.1
The Republican tax plan can still be stopped, and your senator, Senator John McCain, is a key player in this fight. But we have to act fast.2
Can you sign up to visit Senator McCain's office at 407 W. Congress St., Tucson, AZ with a few friends to stop the Republican tax plan from moving forward in the Senate?
Sharing personal stories with elected officials is one of the most compelling ways to influence their vote. And here's the thing: everyone, including you, has a story to share about how this tax plan negatively impacts them and those they love, because the Republican tax plan is a complete disaster for women, middle- and working-class families, and anyone else who isn't a millionaire and billionaire in the top 1%. In fact, the Senate bill is even worse than the one that passed in the House: it will also sabotage health insurance under the Affordable Care Act, which means 13 million people could lose their health insurance if this tax bill passes, including 282,000 people in Arizona.3 Here are just a few of the many ways this tax plan affects people:
The list goes on....
The good news is that the Republicans' path to success in the Senate is becoming increasingly rocky. On Wednesday, Senator Ron Johnson (R-MN), one of the most conservative Tea Party members of the U.S. Senate, announced that he won't support Trump's $1.7 trillion tax giveaway for the wealthy.12 That means just two more Republican senators need to say 'no' to this plan to secure a victory--and Senator John McCain is one of a few senators still on the fence.
It's highly likely that the Senate will vote on this tax bill before the end of November, which means that with the Thanksgiving holiday, there are only a few days left to show up and share your story with Senator John McCain. Once you sign up, we'll send you all the information you'll need, including talking points, tips, and tools to make sure your visit is as effective and impactful as possible. Can you make it?
Yes, I can go with a few friends to Senator McCain's office to share personal stories about how the Republican tax plan will make life harder for almost everyone.
- the UltraViolet Action team