The Trump FCC is moving in 2 weeks to destroy net neutrality protections. Your member of Congress can help stop them – and save the internet.

Call your member of Congress and tell them to save net neutrality! 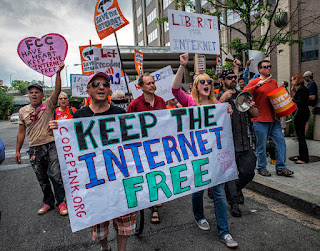 - Demand Progress
Posted by Jana Segal at 9:53 AM