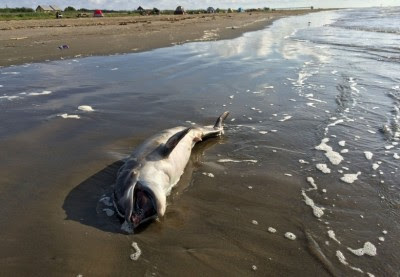 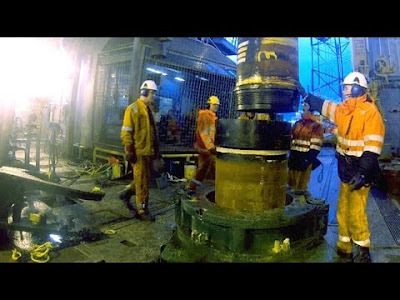 The Marine Mammal Protection Act (MMPA) was enacted in 1972. The MMPA’s purpose is to provide protections for dolphins, seals, whales, manatees and other marine mammals from depletion and extinction.

Despite the great successes of this bedrock environment law, the MMPA has faced threats several times, and it is being attacked again through a new proposed bill, HR 3133.

Ironically, the bill is called the SEA Act of 2017 (Streaming Environmental Approvals Act). That sounds harmless, but it aims to weaken the MMPA in ways that would put marine mammals at risk.

Specifically, the bill would alter how Incidental Harassment Authorizations, or IHAs, are reviewed and authorized.

Specific industries, like oil and gas companies, are required by law through the MMPA to get incidental harassment authorizations (IHA) before conducting seismic surveys, or blasting as it should be called, as a precursor to offshore oil exploration.

The deafening air gun noise used for oil exploration threatens the lives of whales and other marine mammals. It affects their ability to eat, breed and navigate and threatens their survival.

This dangerous new bill would change how IHAs are issued, enabling the oil and gas industry to fast-track seismic surveys within critical marine mammal habitat. Most notably, these surveys would overlap within the breeding and calving grounds of the highly endangered North Atlantic right whale.

With a population dangerously close towards tipping into “unrecoverable” status (approx. 500), combined with the extremely high number of mortalities this year, the absolute worst thing that could happen to right whales nowwould be to weaken the IHA process.

We need proper IHA provisions in place to protect ocean animals from the seismic activities of the oil and gas industries in critical marine habitats.


https://mcsally.house.gov/contact
Posted by Jana Segal at 8:29 AM