Prevent election interference: Insist that online campaign ads contain disclaimers on who is paying for them 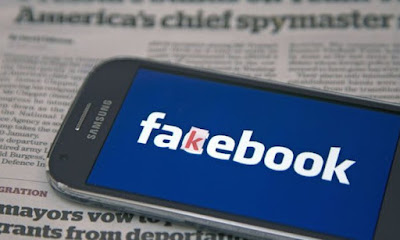 "Don’t let Putin and his allies interfere in American elections again. Require online campaign ads to include disclaimers as to who is paying for them – just like what is done for television and print advertisements. Americans deserve transparent information about who is paying for communication with a goal of influencing their votes."

By now, there is no doubt that the Russian sources used Facebook and social media platforms to interfere with the 2016 election – even using Russian rubles to pay for ads they designed to turn out Donald Trump supporters.4 We are only beginning to learn the full extent of Russian interference in the 2016 election. Last month, Facebook revealed that more than $100,000 in ads were purchased by a Kremlin-linked Russian company in order to influence voters’ opinions and during recent hearings in the Senate Judiciary Committee, Facebook revealed that these duplicitous ads may have reached as many as 126 million Americans.1,2,3

The Federal Election Commission (FEC) is currently taking public comments on whether it should change the rules governing online ad disclosures so that consumers can easily identify who pays for political ads on the internet. CREDO is joining with our friends at Daily Kos, DemandProgress, Public Citizen and many other progressive partners to collect as many comments as possible before the Nov. 9 deadline in support of these important disclosures.

Tell the FEC to require online campaign ads to include disclaimers as to who is paying for them – just like what is done for television and print advertisements. Click here to submit a comment.

Changes in digital communications have far outpaced regulations. While only 18 percent of Americans cited the internet as their primary news source in the 2004 election, 65 percent of Americans identified the internet as their leading source of information in 2016.5,6 The FEC has required television and radio ads to include disclosures for decades, but its transparency rules are extremely outdated – the agency still has rules related to telegrams and typewriters while allowing online platform to run wild.7

Facebook has long benefited from the lack of disclosure regulations. In 2010, the company argued along with Google to the FEC that ads with character limits should be exempt from disclosure rules. A year later in 2011, Facebook even went so far as to challenge the FEC’s 3-3 decision that ads must at least link to a webpage with a disclaimer by deciding to move forward with the assumption that the law would not be enforced because the commission was split.8

Since its founding, Facebook advertisers have been able to operate in secrecy – with no required disclosures regarding who pays for electoral ads. The company has only come under scrutiny in the aftermath of the 2016 election since special counsel Robert Mueller obtained a search warrant for Facebook ads in connection to Trump's Russia ties.9 In response Facebook, along with Twitter, announced new voluntarily rules for campaign disclosures, but we cannot rely on these companies’ effort to regulate themselves when it comes to electoral transparency.

The FEC is accepting public comment only until Nov 9.10 Now is the time for us to speak out and demand transparency in online ads. Whether it’s foreign influence or corporate interests, we have a right to know who is paying for ads to sway voters.

Tell the FEC to require online campaign ads to include disclaimers as to who is paying for them. Click the link below to leave your comment: