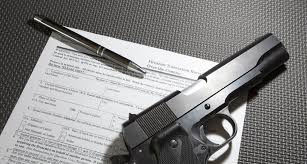 Within hours of Tuesday’s attack in New York City, Donald Trump and his extremist, racist colleagues in Congress were using the tragedy and demonizing the attacker to ramp up their campaign of fear and hate against Muslims and immigrants.
But after last month’s deadly mass shooting in Las Vegas, Trump and his NRA-beholden colleagues were silent about the white gunman and tried to undermine any conversation about gun violence as “politicization” of the tragedy. Since then, they have not lifted a finger to slow down or stop our country’s gun violence epidemic.
Gun violence doesn’t stop when the media spotlight turns away from mass shootings: Nearly 900 people have been killed by guns since Vegas.1 Fortunately, gun control champions are using every means at their disposal to keep the pressure on Republicans. Connecticut Sens. Chris Murphy and Richard Blumenthal just introduced the Background Check Expansion Act, which would require background checks for all gun sales.2
Tell Congress: Pass the Background Check Expansion Act. Click here to sign the petition.
In 1993, Congress passed the Brady Bill, which required federally licensed gun retailers to run a background check for every gun purchase. Since then, Brady has prevented more than 3 million gun sales to people who are prohibited purchasers (because they have committed a felony or domestic abuse or have a mental illness that makes them a danger to themselves or others).3 Unfortunately, Brady does not apply to sales at gun shows and sales made through the internet.
It is a loophole with major consequences. While some states have tightened their background check laws, others only rely on Brady. In the states with tighter controls, only 26 percent of sales happen with no background check. In the others, more than 57 percent do.4 This discrepancy means that every state is subject to the weaker laws, since people can buy guns in states with weaker laws and bring them into states with stricter ones.
Sens. Murphy and Blumenthal have been trying to pass the Background Check Expansion Act and close the Brady loopholes at the federal level since the massacre at Sandy Hook Elementary in 2012. Americans, no matter their party affiliation, are consistently and overwhelmingly supportive of background checks.5 But the bill has not moved in Congress because the NRA fights any attempt to stop gun violence and has bought the allegiance of the Republican Party.
Sens. Murphy and Blumenthal know they face the same uphill fight this time around, but they are still demanding that their colleagues act. We can help build momentum to break the NRA’s lock on Congress by showing massive support for their bill.
Tell Congress to pass the Background Check Expansion Act. Click the link below to sign the petition:
https://act.credoaction.com/sign/Murphy_Background_Check?t=7&akid=25863%2E3130208%2E04rH8x
- Heidi Hess, CREDO Action from Working Assets
Add your name:
References:
1. Christopher Brennan, "Nearly 900 people dead in gun violence since Las Vegas massacre," New York Daily News, Oct. 25, 2017.
2. Ana Radelat, "Murphy introduces background-check gun bill as ‘long-haul strategy,'" The Connecticut Mirror, Oct. 25, 2017.
3. Brady Campaign to Prevent Gun Violence, "Background checks," accessed Nov. 1, 2017.
4. Kate Masters and Lois Beckett, "Just one in five Americans obtains gun without background check, survey finds," The Guardian, Jan. 2, 2017.
5. Hannah Fingerhut, "5 facts about guns in the United States," Pew Research Center, Jan. 5, 2016.
Posted by Jana Segal at 1:05 PM