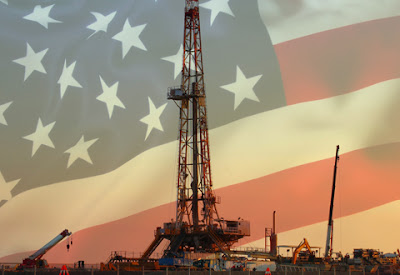 Congressional representatives who collectively take millions of dollars from industrial polluters want nothing to stand in the way of their donors’ attempts to suck every bit of oil and gas from America’s oceans and lands.

Their latest assault on our public lands and waters is the SECURE American Energy Act, which reads like Big Oil’s ultimate wish list. This bill begs for oil and gas development onshore and offshore while gutting laws aimed at protecting our environment and wildlife. Americans are ready and willing to stand up to protect our lands, waters and wildlife, but provisions of this bill would ensure that the public is unable to participate in decisions about how our natural heritage and resources are managed.

The House of Representatives is about to vote on this bill. Contact your representative today and tell them to oppose the SECURE Act!

The SECURE American Energy Act is one of the worst pieces of dirty-energy legislation to come before Congress. It would:

The reality is that the oil and gas industry already owns the leases to millions of acres of public lands and waters, as well as thousands of drilling permits that they’re not using. In fact, more fossil fuels have already been sold than can be extracted and burned, if we’re to avoid dangerous levels of global warming.

Earthjustice is fighting to protect our oceans and coastal communities from dangerous extractive interests. Our lawyers are representing a coalition of Alaska Native and conservation groups fighting Trump’s reversal of the ban on new drilling in most of the Arctic Ocean and key portions of the Atlantic. If the SECURE American Energy Act is passed, we’ll keep fighting back in court.

But with your help, we can stop this dirty, dangerous bill here. Contact your representative TODAY and tell them to oppose the SECURE American Energy Act!


I am writing to express my strong opposition to the "Strengthening the Economy with Critical Untapped Resources to Expand American Energy Act," or SECURE American Energy Act. This bill would transfer management authority for the permitting of federal oil and gas resources to states, encourage offshore oil drilling while limiting commonplace safeguards, and gravely weaken protections for marine mammals and migratory birds.

The portion of this bill titled "Opportunities for the Nation and States to Harness Onshore Resources for Energy Act" (ONSHORE) essentially hands control of America's federal lands over to a handful of primarily western states and private interests. The other portion, titled "Accessing Strategic Resources Offshore" (ASTRO) takes an extreme approach to managing our offshore resources by eliminating and modifying commonsense management tools, putting coastal communities, economies, marine life and oceans at risk.

This legislation will place our valued public lands, waters, oceans and coastlines at significant risk, and curtail public involvement in their responsible management for present and future generations. Thank you for considering my concerns. I strongly urge you to oppose this bill.

I've heard that snail mail has more impact. But a letter takes more time because it has to go through security. So you might try a post card TODAY.

Snail mail postcards or deliver to her office:

I actually got a hold of someone there yesterday and again today. In fact, Kyle took good notes to be sure she got it right!