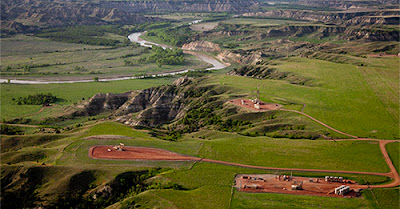 When it comes to curbing pollution, the government is dragging its feet.

Late last year, the Bureau of Land Management (BLM) finalized its methane waste prevention rule, which requires oil and gas companies using public lands -- often adjacent to national parks -- to do a better job of preventing their methane from leaking into the atmosphere.

Enough already! Tell the BLM to do its job and implement the methane rule without any more delays.

Oil and gas facilities release billions of cubic feet of methane into the atmosphere every year, wasting energy and taxpayer money. On top of this, methane pollution is a major contributor to climate change that is already having major impacts on our national parks. Methane and other air pollution from these same oil and gas sources contribute to ozone and haze. In short, methane makes the air unhealthy for our parks -- and for the people who visit them.

For years, NPCA and supporters like you have been advocating for strong action to limit methane waste on our public lands.  We cannot wait any longer; the stakes are too high. The time is now to put this important air pollution rule in place.

Stand up to the BLM’s delay tactics and tell it to implement the methane waste prevention rule that better protects our climate and air quality in national parks and public lands.

Methane is a potent greenhouse gas that contributes to climate change and mixes with other pollutants to form unhealthy ozone. Proven, cost effective techniques are already in place in states like Colorado. The entire country should benefit from the common sense standards the BLM rule set in motion.