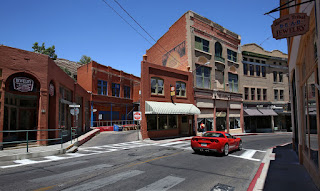 This makes me crazy. Actually, there was a whole pipeline built to deliver oil to Canada to make one use plastic to be sent back to the US!  I accepted Yumi's challenge and called Attorney General's office (I pressed 0 and the receptionist connected me to his office.) I told his secretary that I was appalled by this law, that it was going the wrong direction. That it was bad for tourism to have all those plastic bags lining our streets.